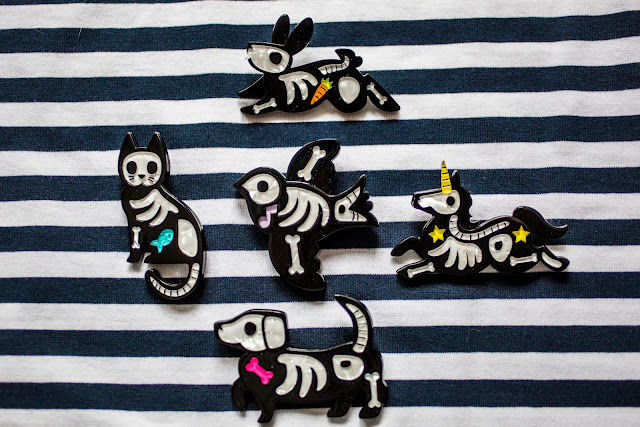 It's that time of year again where we talk about my favourite holiday. Halloween. 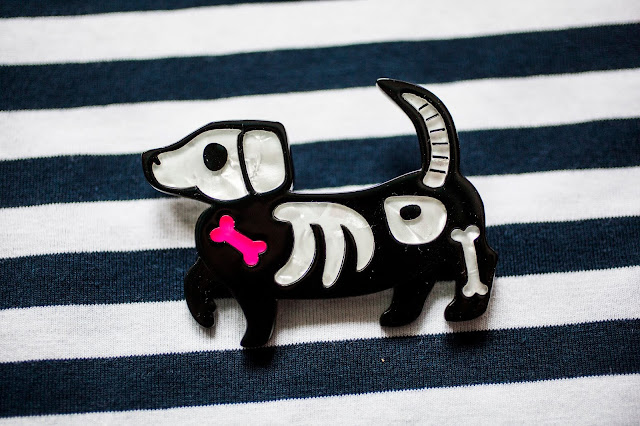 Hang on a second! Didn't we already do this years Halloween launch? Well yes is the answer but this year they decided that it was best to split it into two different launches rather than the usual one. Hopefully this is because they know how popular a Halloween collection can be but more practically this collection was designed by a completely different designer to the first. 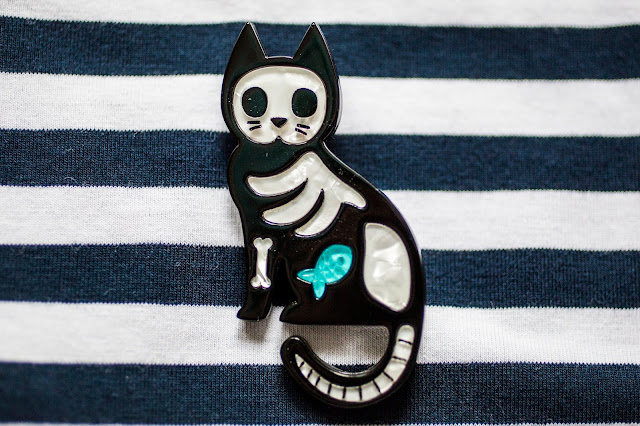 The last collection was designed by none other than Donna Mizzi who you might know from Kaiju Candy or the Erstwilder Christmas collection. This launch tho we are treated to the delights of Sally Land who has recently been appointed the head designer at Erstwilder. 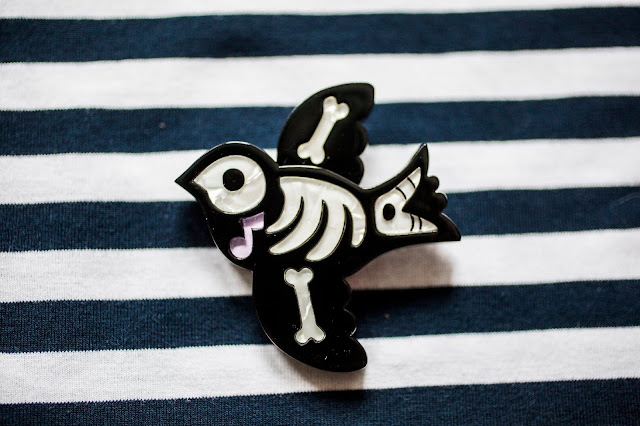 This collection is much smaller than anything we have seen before. It is only 5 pieces large and are all brooches. 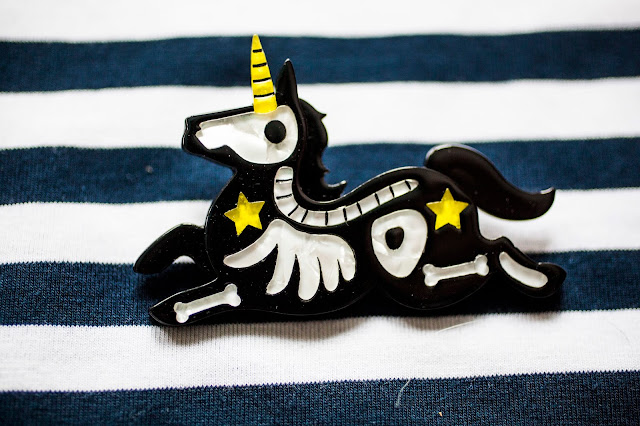 Each piece follows the exact same format with them being little animals in skeleton form. Inside each of the little animals we have a different coloured 'item' which is normally associated with that animal. 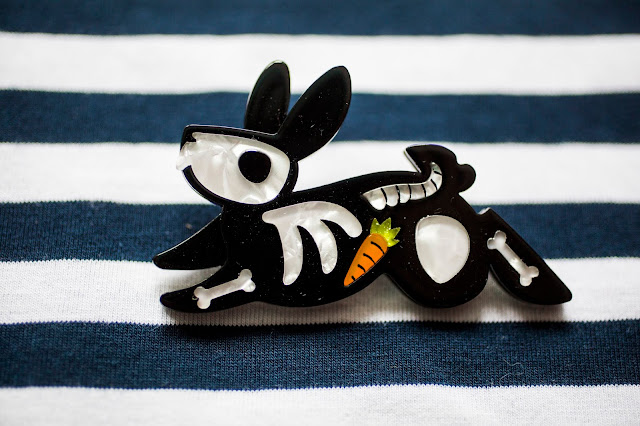 For example the dog has a little bone, the cat a fish and the rabbit a carrot. 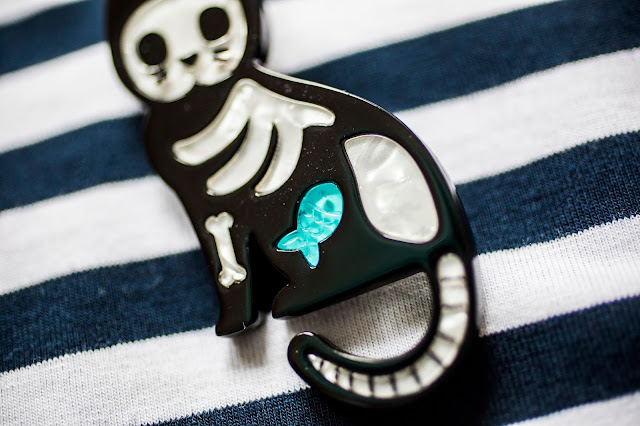 I absolutely love this collection. I found it really difficult to pick which one I wanted to keep. In the end I went for four out of the five which is just silly. Halloween is my favourite but having said that I wouldn't necessarily limit myself to wearing these for just Halloween. 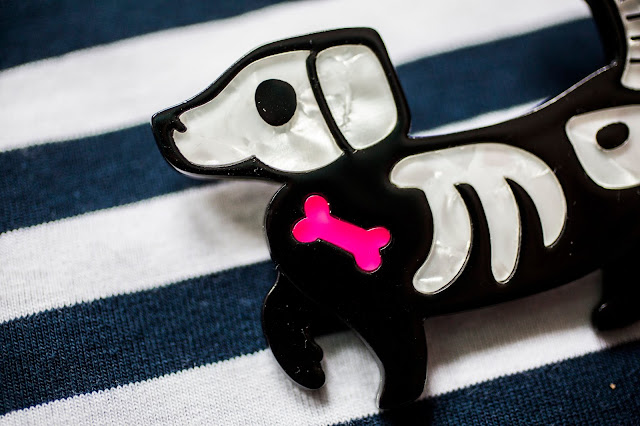 The only one that I didn't go for was the bird and that was only because I couldn't relate to it. I have both a cat and dog so needed to get those, plus I'm obsessed with unicorns so that was a must. I think the little carrot won me over with the rabbit. 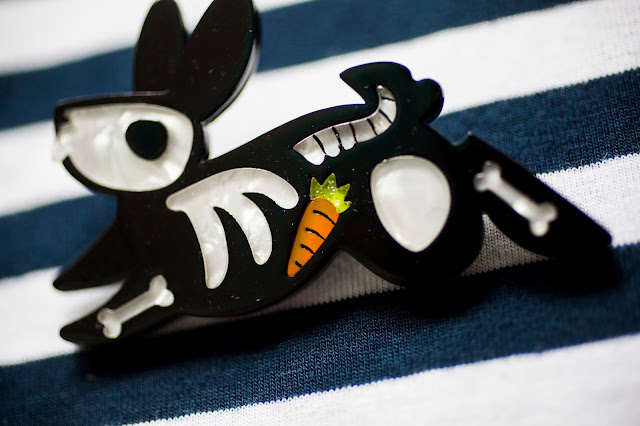 So what do you think? Did you enjoy the surprise second launch? What did you think of the collection? I would love to know what you think! 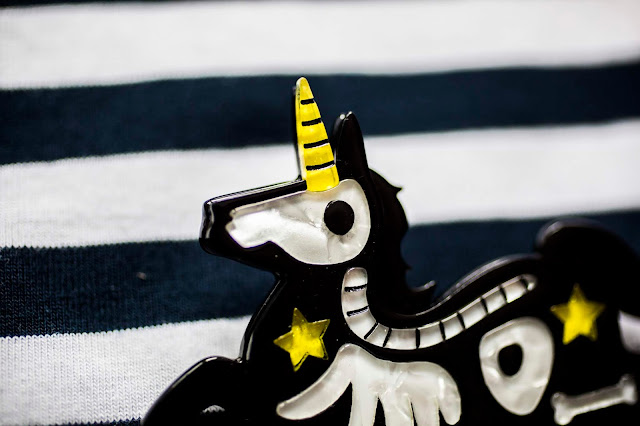 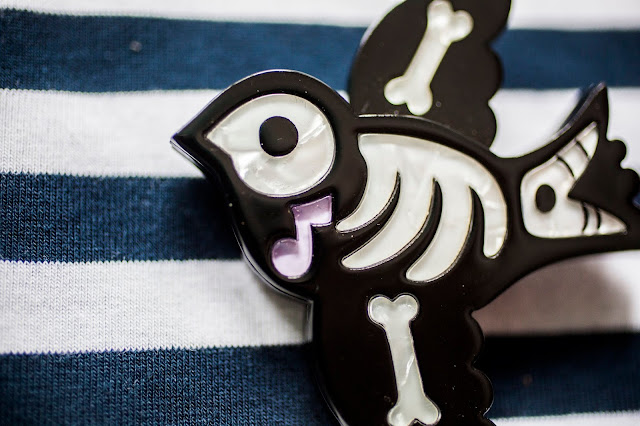